The tide was going to be going out later in the day, so we decided to do a bit of a drive and came across an antique shop. It was filllllled with stuff, including a treasure that a certain someone couldn’t leave behind. (He’s always been a sucker for antique chairs). He thought about it the whole time we were walking through Hopewell and knew he had to go back (luckily it wasn’t far) and see about adding it to his collection. The price was right, and it fit in the backseat. Done! 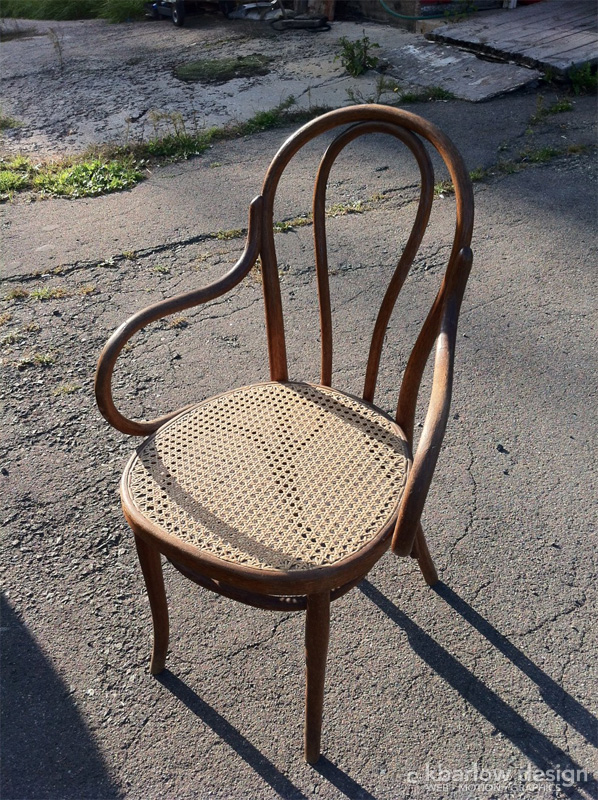 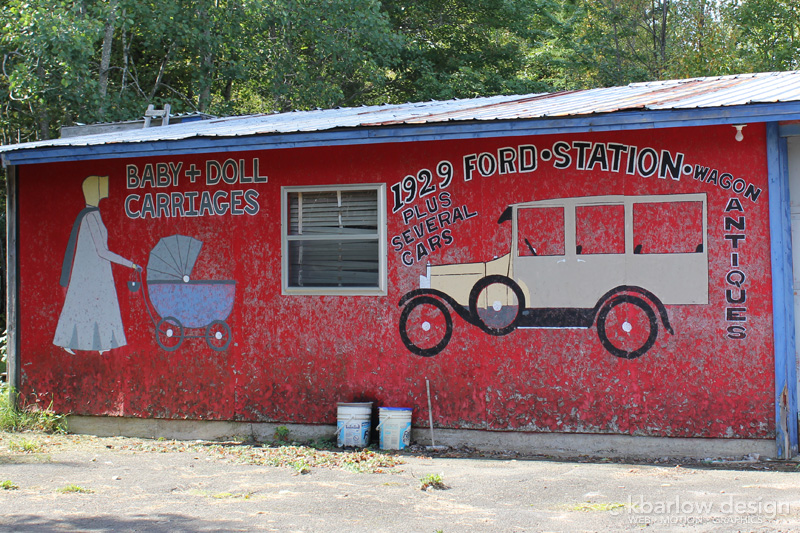 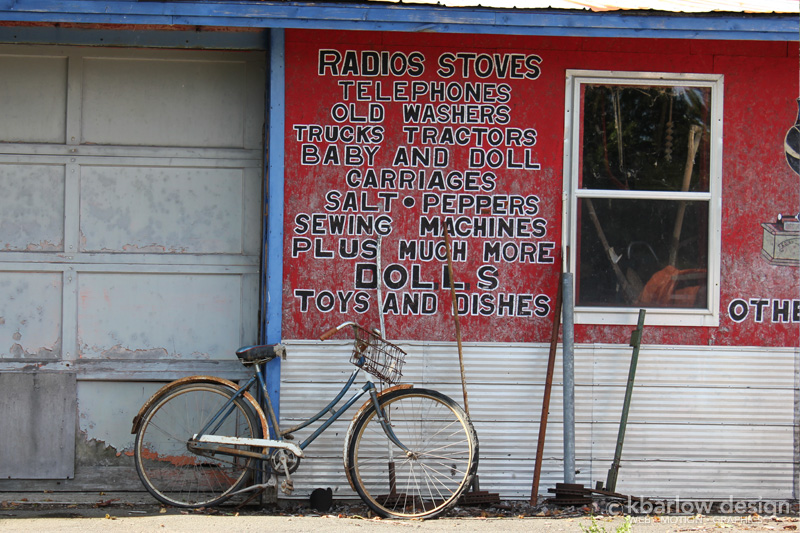 We arrived a bit early at Hopewell (the tide wasn’t totally out yet), so we went to take a look at the rocks with the tide still up a fair bit, and then hiked down to the beach at the opposite end. 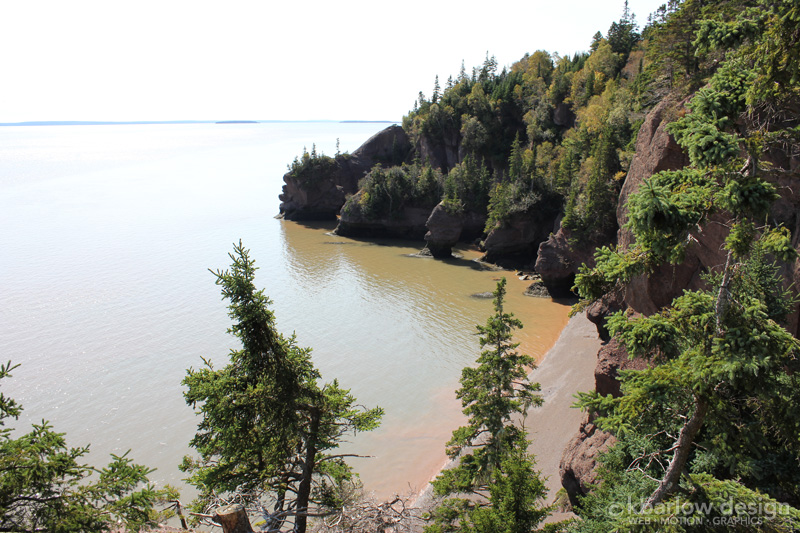 The lines through the cliffs in the distance are so cool. 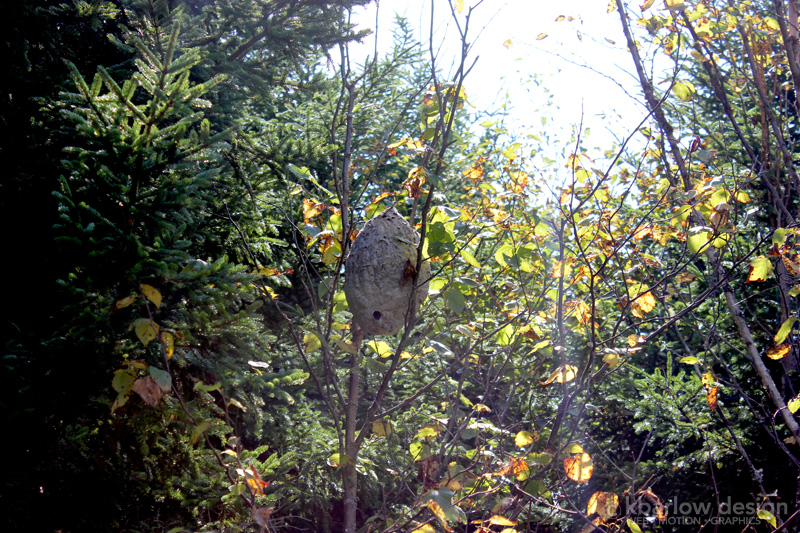 I’m never the first to spot ANY wildlife, I have no idea how… I guess certain people just have an eye for it! I didn’t spot this partridge first, but at least I got a shot of it with my camera! We spotted a huge buck by the road the other day, but it was gone before I could grab my camera. 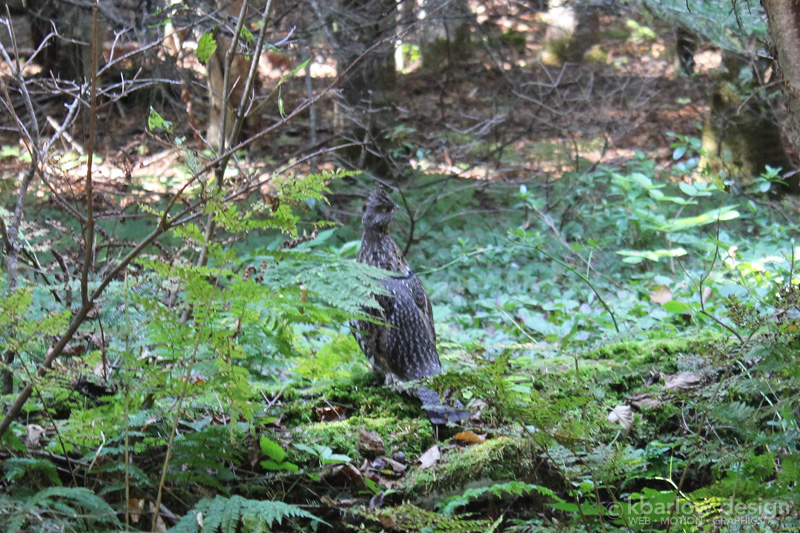 We were exploring the beach for a while, and then decided to take the opposite side in to the rocks when a park ranger said it would be great, we’d be all alone with half of the sea floor to ourselves until the tide went out more and opened up to the other side in about an hour. Turned out to be a lot of climbing slippery boulders, but it was neat to go the non-tourist way! A couple from Sault Ste Marie and the ranger were with us, but they had given up trying to climb over the boulders and waited it out for another 15 mins or so. My other half and I decided to give it a shot, it took us twice as long and when we finally got to the sea floor, they were right behind us! I guess a much easier path revealed itself while we were busy planning how to get from boulder A to boulder B! 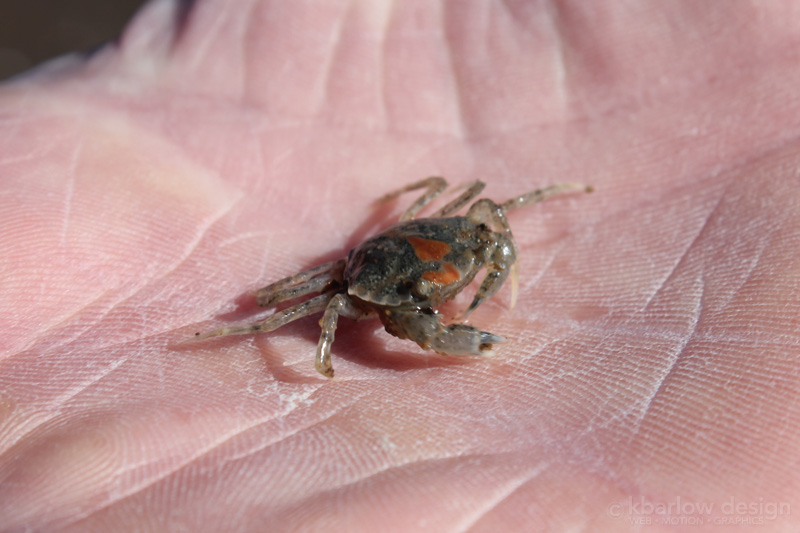 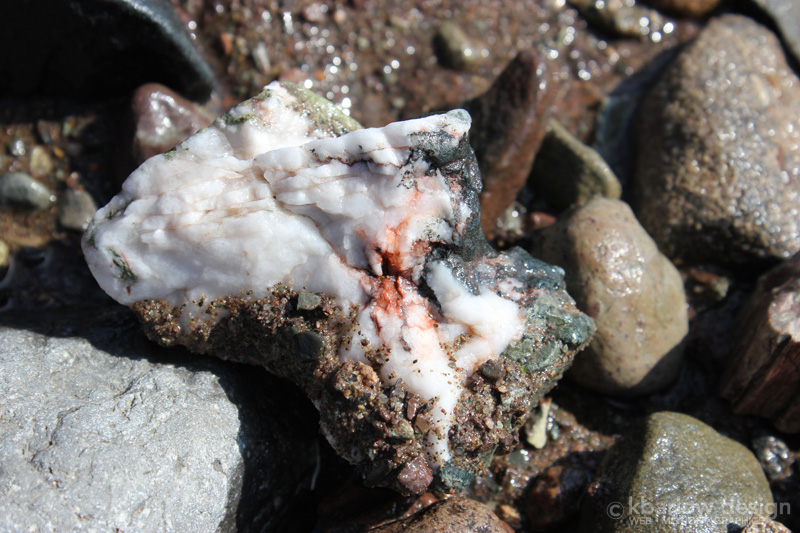 (We started at the rocks on the left, moving around the bend to the right of the photo below) 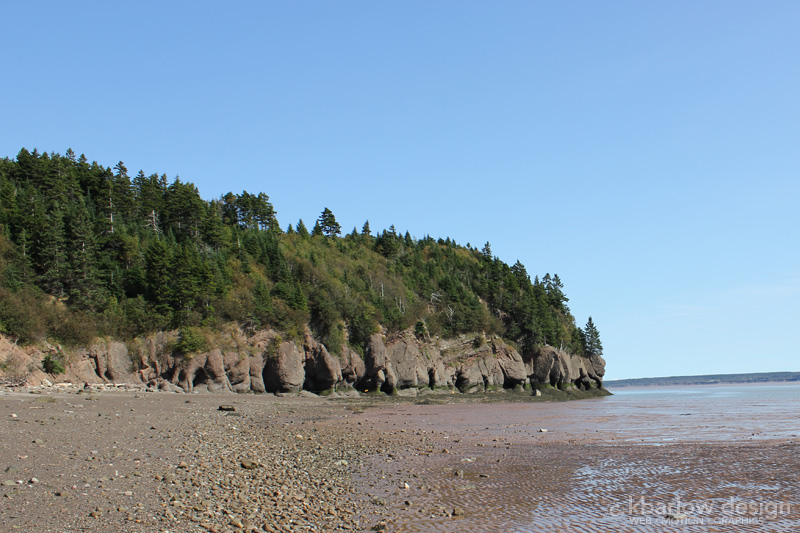 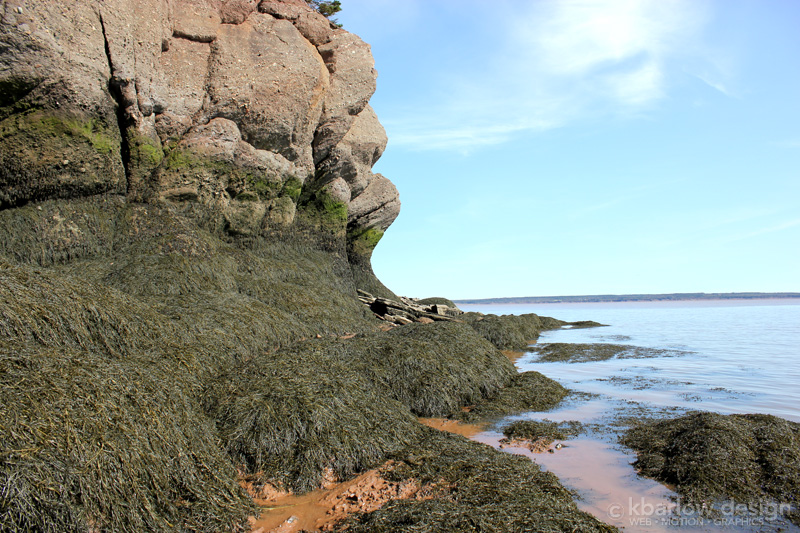 (yay! some dry rocks… and then more seaweed to climb over…) 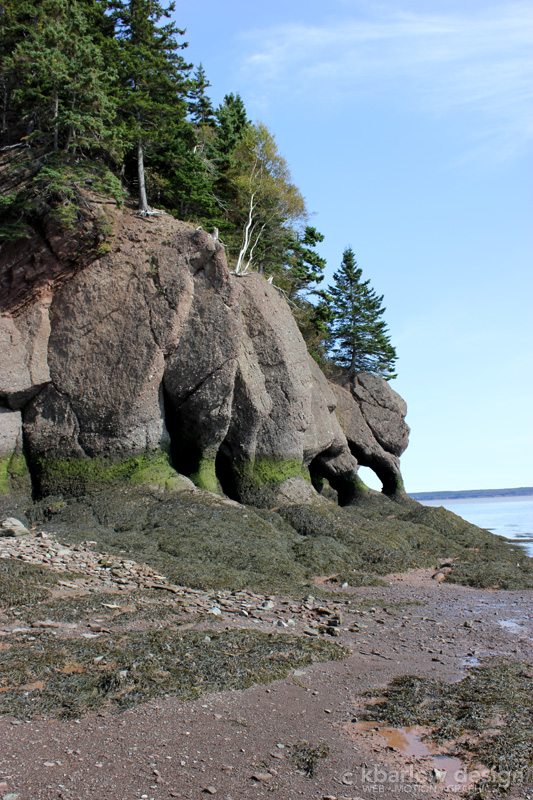 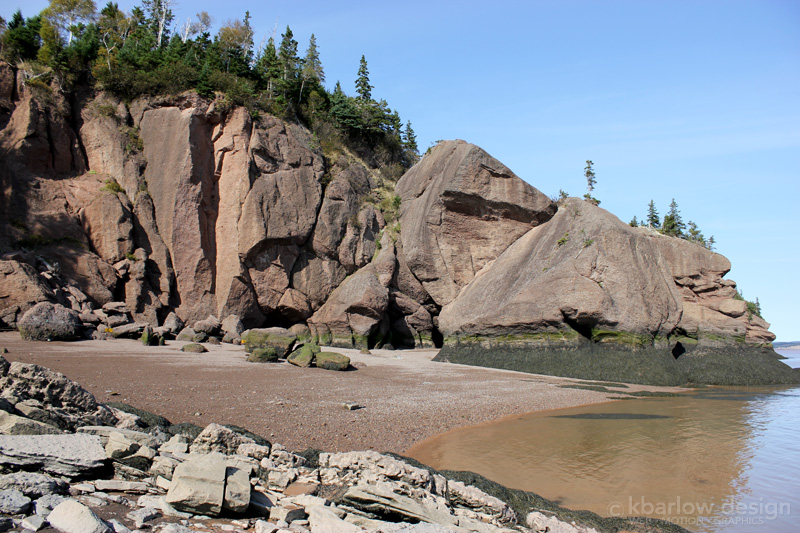 It was nice to have a whole big area to ourselves while we waited for the tide to go out 5 more inches to allow us to get around a corner. The park ranger was telling the huge group of people waiting on the other side all about the tide and answering questions while the tide went out. 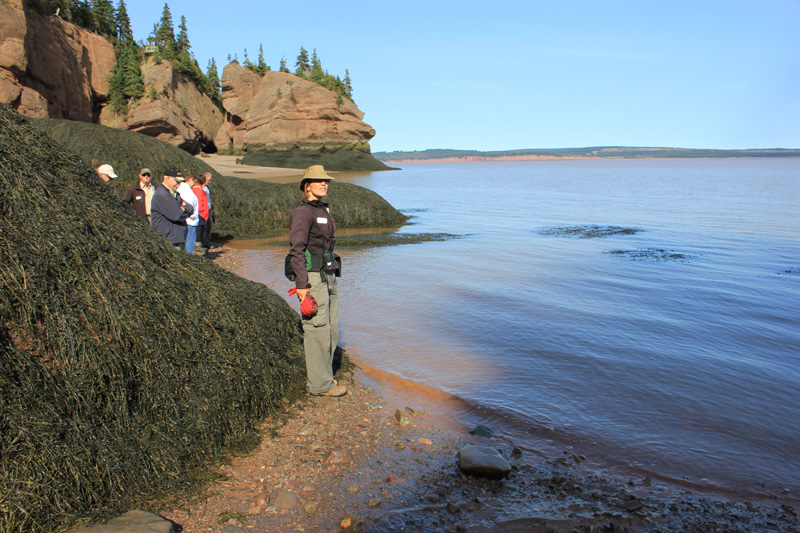 The rocks are incredible, bigger than you can imagine, and absolutely something to be seen! 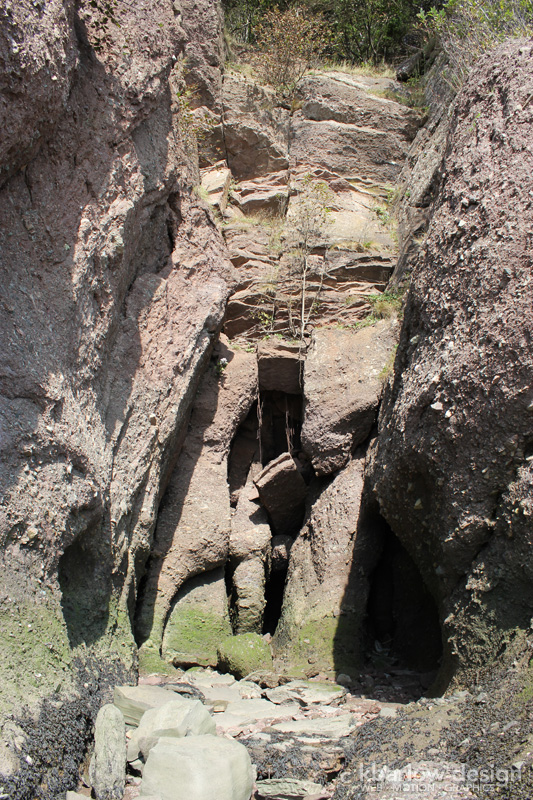 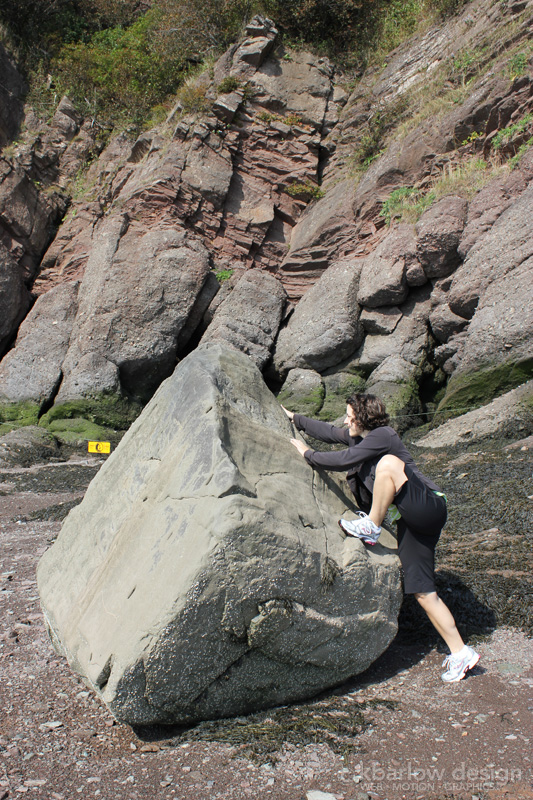 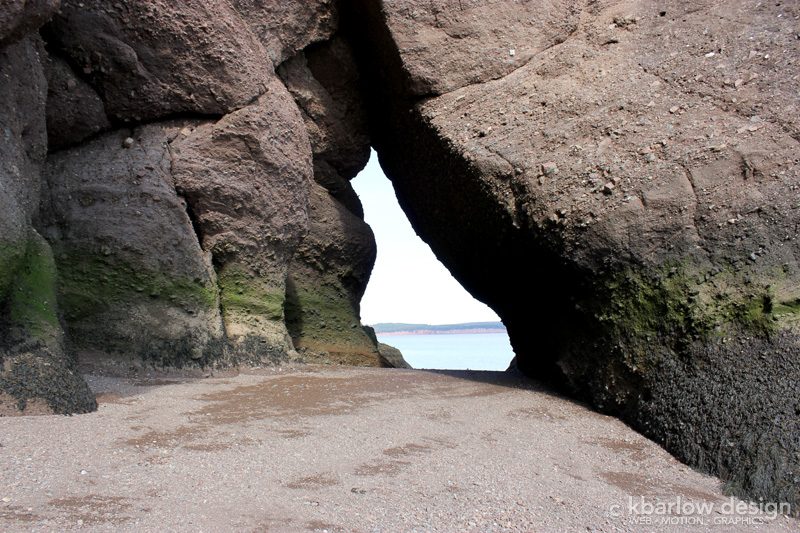 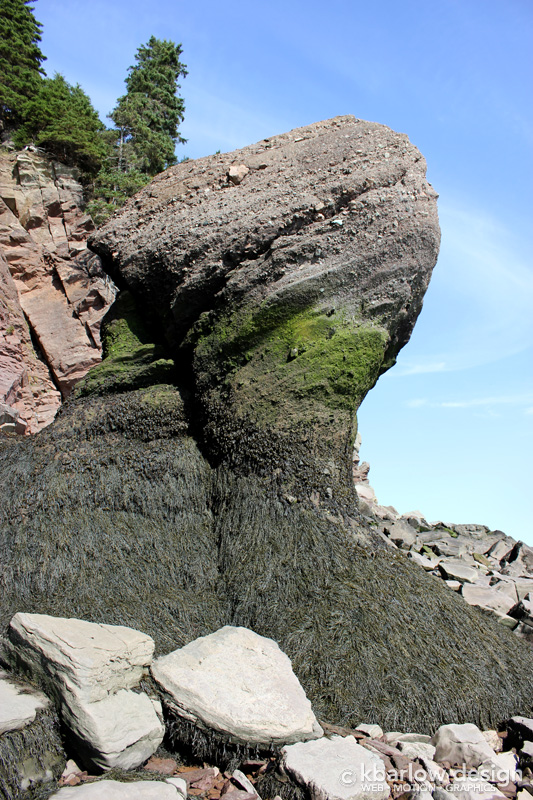 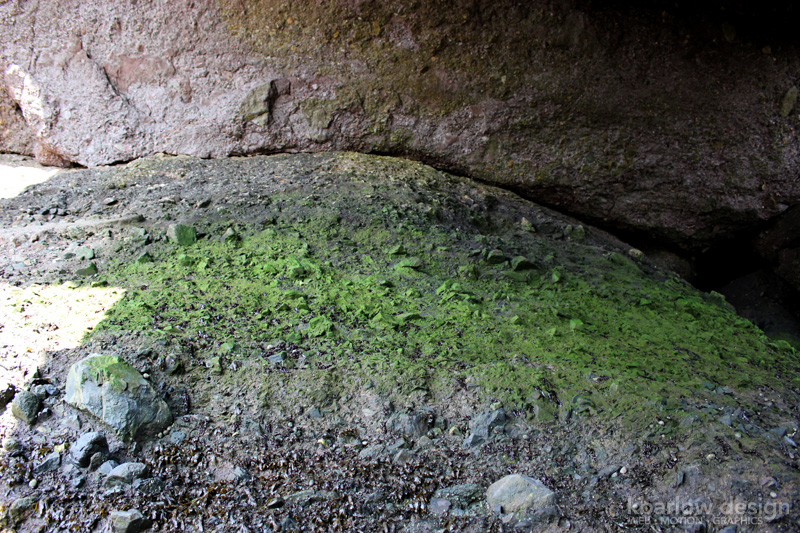 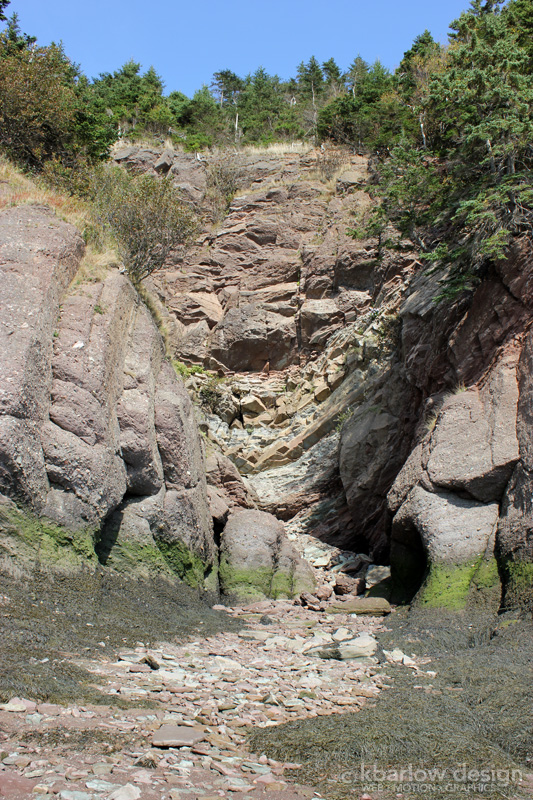 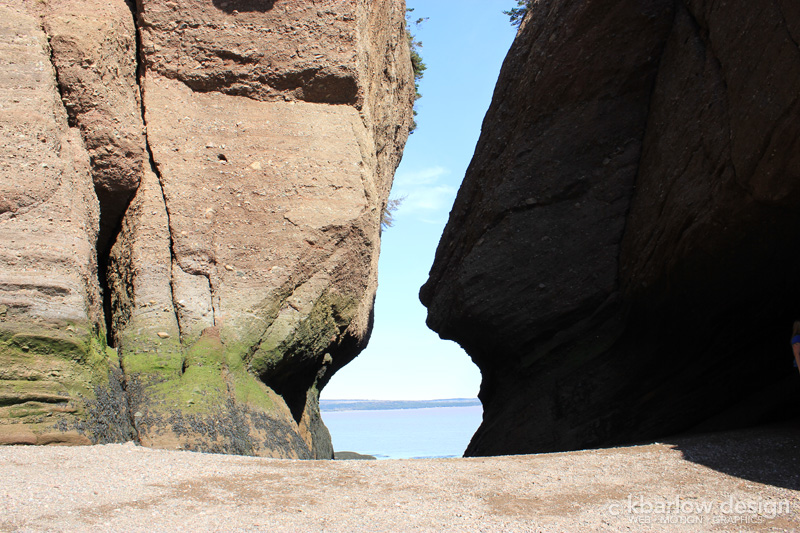 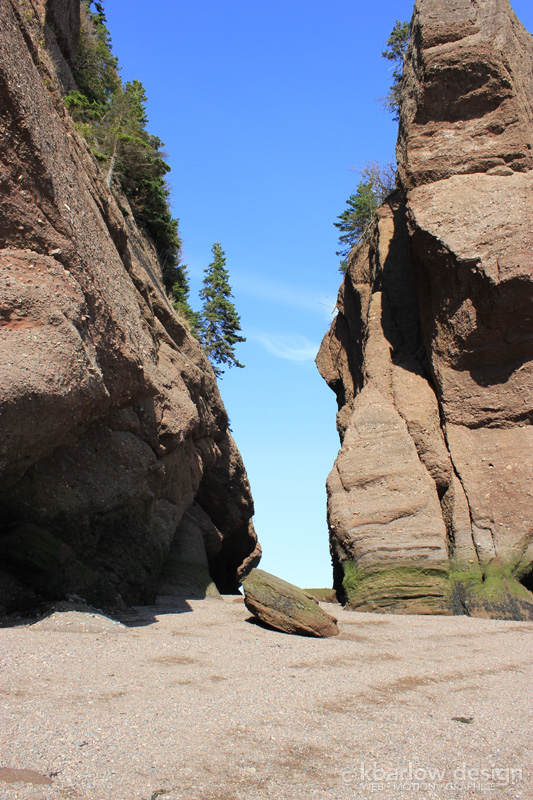 We got to Joggins fossil cliffs after it closed (off season makes it tough to cram a lot into a day). We checked out the beach as the sun set, but were chased off by thousands of hungry mosquitos! Hopefully if we have enough time, we’ll go back on our way back from Cape Breton. 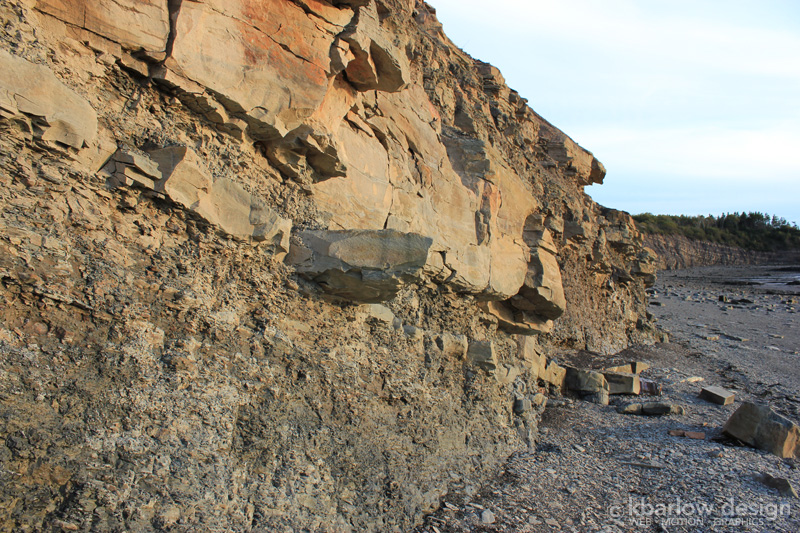 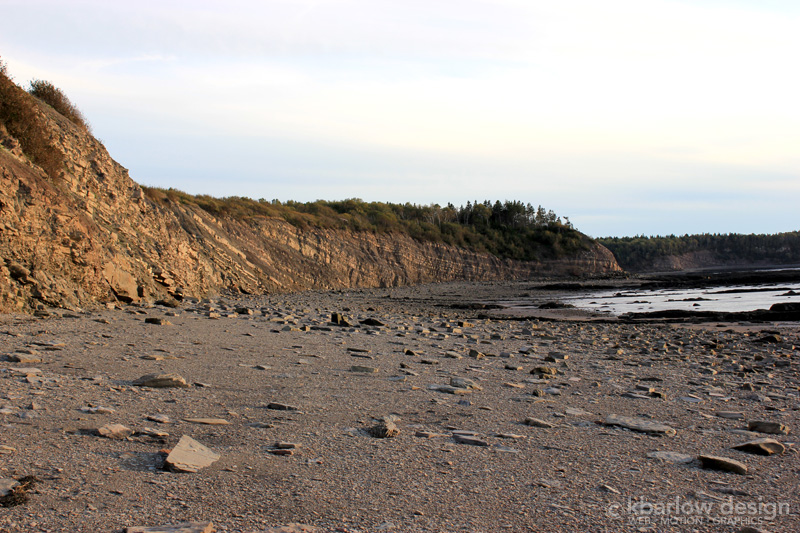 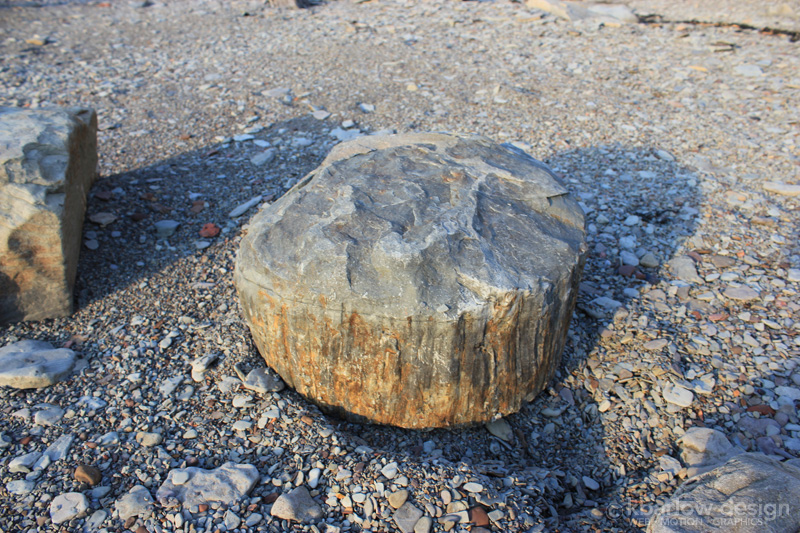 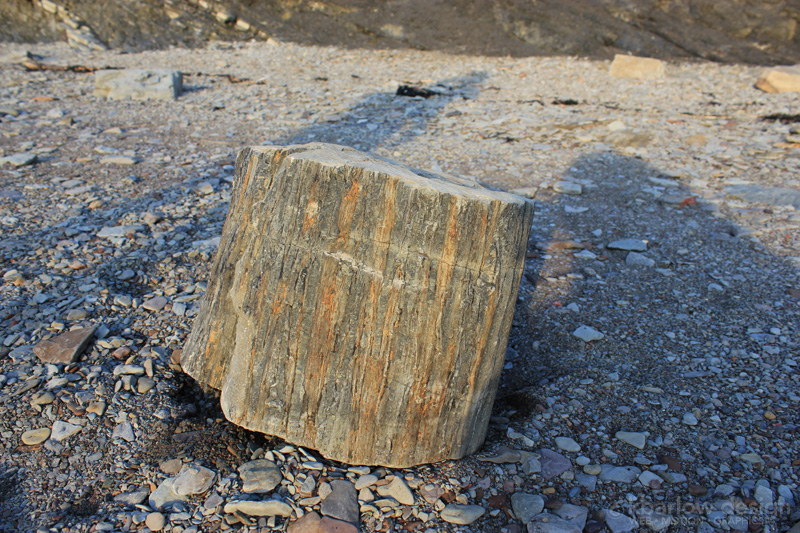 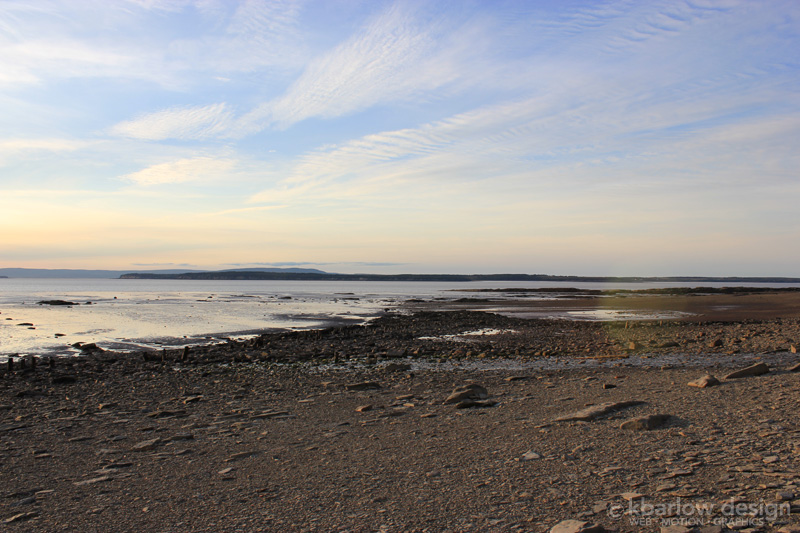 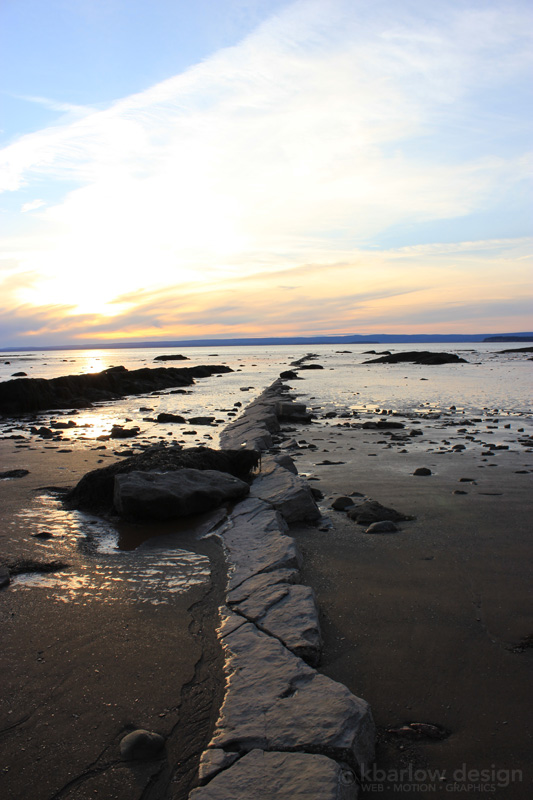 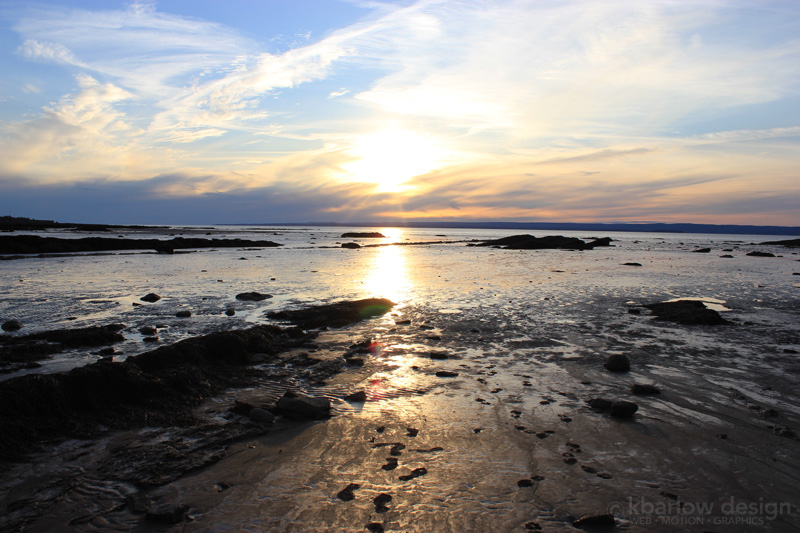 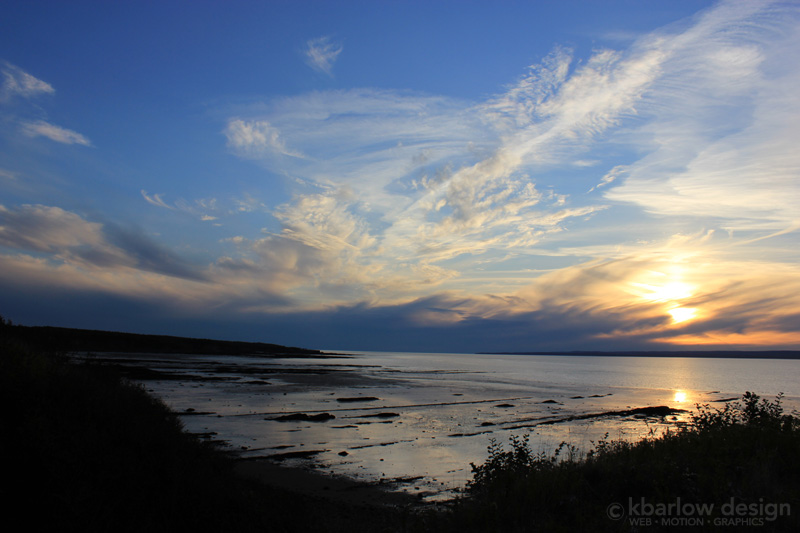 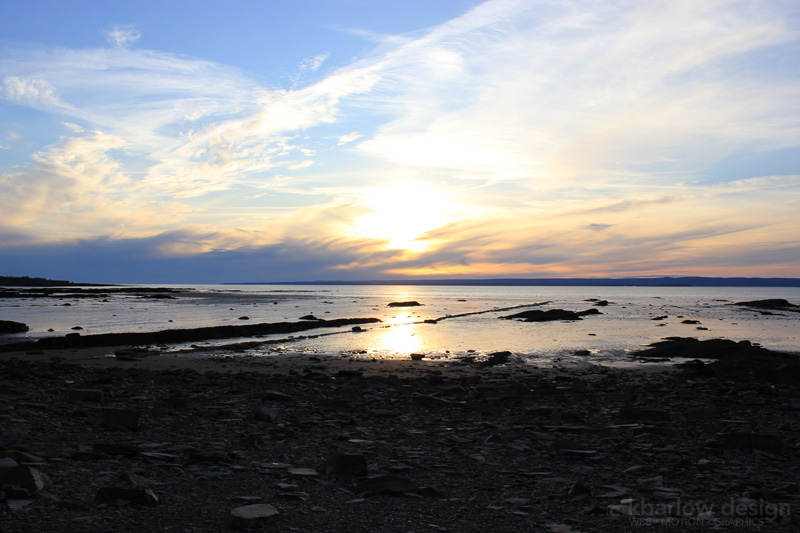