So, I saw this pin on Pinterest – oven drying strawberries. I knew from the photo that it would NOT look like that when it was done (no dried fruit looks like that), but I was curious enough to give it a shot and see what would happen. I googled around a bit, found it on several Pinterest Fail sites, gathered the tips that people gave in the comments and went for it. 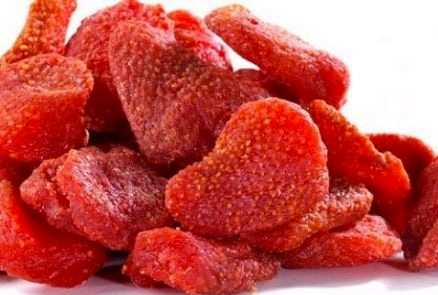 The main issues seemed to be people putting the strawberries directly on the parchment paper or the pan itself, the heat being too high (so they burned), and not letting air flow through every half an hour or so. Armed with this knowledge, I gave it a shot, and took photos every half an hour. 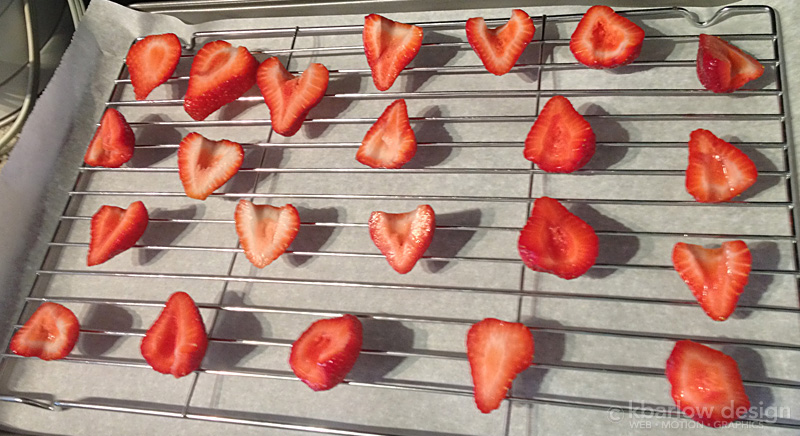 At the 2 hour mark, I decided to flip them over. This is also when I realized that they were probably never going to dry completely unless I left them in the oven for two to three days, but maybe they’re supposed to be mushy, slimy, and disgusting in the middle?

So the last few hours of the process I decided that there was no point in taking any more photos, they looked pretty much the same.

I followed the instructions that I read online and turned off the oven, and left them overnight.

This morning, I pulled them out, spread them on the parchment paper and tasted one. It was not delicious. It was kind of sour (which isn’t a deal breaker), the texture was very strange, maybe if i’d made them paper thin slivers it would have worked better as a fruit leather type of thing, but at the end of the day, there’s a reason this is on a bunch of Pinterest Fail lists. And now, it’s on mine too. 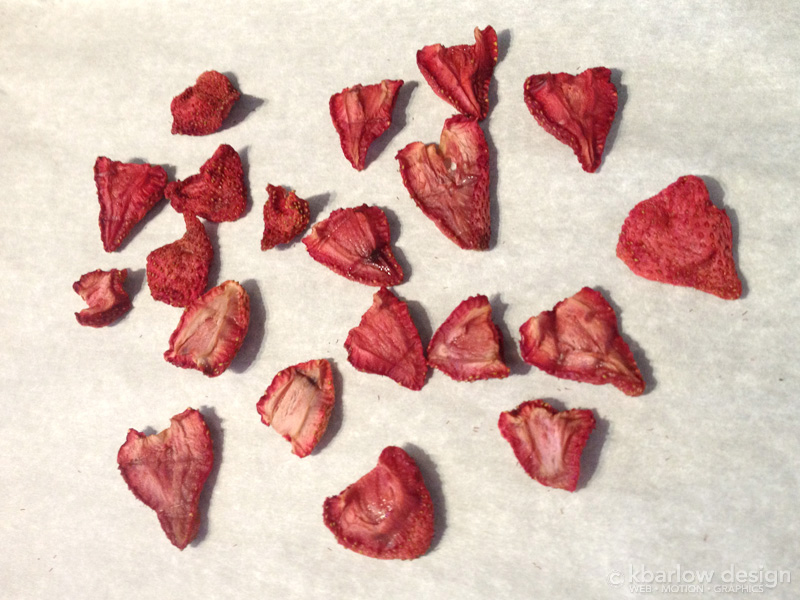